Child pornography is content (photos or videos) that show minors engaged in sexual activity or conduct that is sexual in nature and includes the altering of a sexual image of an adult to look like a minor. The exception to child pornography is renderings of extreme literary, political, artistic, or scientific value, like images of a child in an anatomy book. 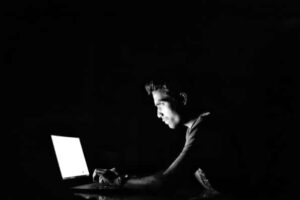 Since being charged with child pornography requires proof of knowledge and intent, one cannot be penalized for accidentally stumbling across child pornography. They may only face criminal charges when they knowingly possess, receive, or distribute sexual images of minors.

This law protects against the sexual exploitation of children and defines photos, videos, digital images, undeveloped film and videotape, and stored data as contraband. Sexually explicit content is not protected under the First Amendment and the law prohibits the creation or distribution of it.

18 U.S.C. § 2251A states that any person who persuades or forces a minor by any means to engage in sexual activity for the sake of producing visual content will be punished under law.

This law defines “Certain activities relating to material involving the sexual exploitation of minors” and prohibits the distribution of child pornography by mail, shipment, or digital transmission.

The possession of child pornography or the intent to distribute it can result in criminal charges. A first-time offender could face anywhere from five to twenty years in prison and be fined. A second-time offender who has previously been convicted of aggravated sexual abuse, the sex trafficking of children, or anything related to child pornography can be imprisoned from fifteen to forty years. The exception to this is if the minor was under the age of twelve, in which case any offender may receive up to twenty years in prison.

This law bans the “Production of sexually explicit depictions of a minor for importation into the United States.” Like U.S.C. § 2251A because it prohibits the use of minors to produce child pornography and the distribution of it, 18 U.S.C. § 2260 offers the same protections, but goes a step further to mandate the punishment of those distributing child pornography from foreign countries or into waters twelve miles off the coast of the U.S.

Child pornography means any visual depiction, including any photograph, film, video, picture, or computer or computer-generated image or picture, whether made or produced by electronic, mechanical, or other means, of sexually explicit conduct, where—

(A) the production of such visual depiction involves the use of a minor engaging in sexually explicit conduct;

(B) such visual depiction is a digital image, computer image, or computer-generated image that is, or is indistinguishable from, that of a minor engaging in sexually explicit conduct; or

(C) such visual depiction has been created, adapted, or modified to appear that an identifiable minor is engaging in sexually explicit conduct. 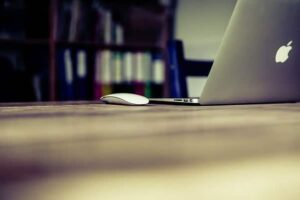 Child pornography is a federal offense. Any individual who conspired to commit a child pornography related offense will face federal prosecution. In fact, child pornography cases are given federal jurisdiction, whether the crime is committed on U.S. soil or over the Internet. Time will be served in a U.S. Federal Prison.

As if prosecution in state court isn’t bad enough, based on the conditions, sexting of sexually explicit pictures between two minors is typically also a crime under national law. Knowing possession of these pictures- even without intention to distribute- is a crime under the PROTECT Act.

For juvenile offenders, prosecution for sexting could be improbable. The Federal Juvenile Delinquency Act (FJDA) generally supplies — in which possible-juveniles ought to be prosecuted in state court instead of federal court. (18 U.S.C. §5032). Federal law also criminalizes inducing a child to share in a sexually explicit behavior so as to visually portray that behavior. Parents who intentionally permit this behavior may also be prosecuted.

While federal child pornography laws are much harsher than state laws, charges from the state in which you live can be added and the state can mandate individuals be registered as sex offenders when they are released from prison. Some common sex crimes in Missouri include enticement of a minor, child molestation, sexual assault, and distribution of child pornography.

Violations of federal child pornography laws are serious and come with severe penalties for first-time and repeat offenders:

Prior Conviction(s) of the Same Offense – Up to life in prison.

Possessing, Producing, or Distributing Violent or Sadistic Images – Up to life in prison.

Sexually Abusing the Minor – Up to life in prison. 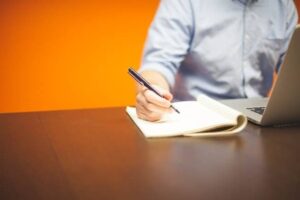 Minors – Any person under the age of eighteen.

Visual Depictions – Undeveloped film, data stored by electronic means to be converted into a visual image, and data that has been transmitted, regardless of storage.

Indistinguishable – When an image of an individual eighteen or older has been altered to make it appear as if the image is one of a minor engaged in sexual conduct. These cannot be easily discerned from an actual image of a child and falls under child pornography law.

Selfies are self-portraits that are taken with a phone or webcam to be shared through social media. While most teens use selfies to share their lives, there is a dark side to them. Under child pornography laws, selfies that display underage nudity or sexual situations are subject to criminal liability. So, even if minors took the image of themselves and sent it to someone else, that would be considered distribution of child pornography.

This is because federal law defines child pornography as any visual, sexually explicit image of a minor. Offenders of this can be prosecuted by the Department of Justice and be subject to state, national, and international charges.

Some states have begun prosecuting minors for sending nude or racy selfies to others, causing the sender and receiver to potentially face charges. If the photo circles the Internet or is shared directly, anyone who receives or sends it will face criminal charges under child pornography statutes.

Federal and state laws are favoring increased prosecutions and harsh penalties for those connected to child pornography. In most states, just viewing illegal images is criminal activity. Though technology typically moves faster than the law, the DOJ is working rapidly to evolve and include developing and future technologies in its statutes. 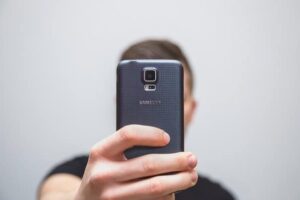 Ways the Sex Offender Designation is Being Applied to Young People

As stated above, laws regarding child pornography and sexual misconduct are always evolving. Now, even young children can be added to the Sex Offender Registry in several ways, depending on the state in which they reside. Here are ways others have ended up being labeled sex offenders:

Taking Naked Photos as a Minor – Teens who take naked photos and send them could be put on the registry. If the photos are sent to or viewed in another state, that could be considered a federal crime.

Visiting a Prostitute – Utilizing a prostitute’s services could land you on the Sex Offender Registry in states like New York and Louisiana.

Urinating in Public – In thirteen states, public urination could be cause for being added to the registry. In two of the thirteen, the urination must take place in front of a minor.

Flashing Your Breasts – In California, flashing your breasts is considered indecent exposure and puts you on the registry.

Having Consensual Sex as a Teenager (with Another Teenager) – If one teenager has sex with another who is under the Age of Consent, both could face penalties and end up on the Sex Offender List.

Having Sex with a Sibling – Many states mandate that incestuous sex is punishable and could label both parties as sex offenders, even if the sex is consensual.

A Child Giving Another Child a Hug – Five people in Colorado were required to register as sex offenders as children and are now fighting the law. One man was put on the registry because he gave a girl at school too many hugs when he was thirteen.