All drug-related crimes can carry serious consequences, but drug conspiracy charges are especially grave. Depending on many factors, you may be subject to long prison penalties, a permanent record, and heavy fines. If you’re facing such a case, contact an experienced criminal defense attorney today.
L

Call Now
Email Now
A drug conspiracy is when two or more people agree to break laws related to drugs. It often includes the manufacturing and distribution of narcotics, and it can include people involved at all levels, even those that not knowingly commit a crime.

How to Beat a Federal Drug Conspiracy Case

There are many different kinds of drug-related crimes, but perhaps the most difficult to dispute is a federal drug conspiracy case. With all of the subjective evidence allowed, as well as the mandatory sentencing if or when convicted, it is imperative that you seek the assistance of a qualified and trusted attorney, such as those found at the offices of Carver & Associates (CCM).

They can provide the information you need and offer the counsel you have a legal right to.

When fighting a federal case, the odds are stacked against you. First, the government does not have to prove how much of the controlled substance you allegedly were possessing. It only has to be proven beyond a reasonable doubt that some quantity of a controlled substance was possessed by you.

To get a federal case dismissed, a lawyer may argue that you did not in fact possess an illegal substance, or that you were unaware that one was in your possession.

Next, your lawyer may look at the circumstances surrounding the arrest and whether the evidence was obtained illegally. Your attorney will look at why you were even charged with possession with the intent to distribute. In some situations, police officers make incorrect assumptions. A good attorney may be able to get your charges reduced to a misdemeanor or dismissed entirely.

What Is a Drug Conspiracy?

Consensus between people to defy any aspect of the narcotics laws is what is referred to as drug conspiracy. A claim of such is only established when the prosecutor can prove beyond a reasonable doubt that there was an agreement between two or more individuals to manufacture or distribute a controlled substance.

To convict a person or a group of people for this type of crime, the court requires the proof of the following: 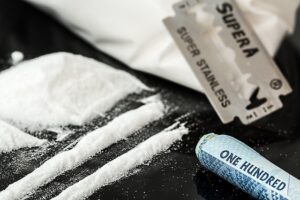 Prosecutors may use circumstantial evidence to prove that an agreement exists between the parties. Likewise, he or she may use the conduct of the participants for the same purpose. In fact, it is possible to charge the one individual with drug conspiracy and also drug trafficking for the same action.

Irrespective of how insignificant the contribution may seem, any party that aids in the conspiracy can be found guilty. It is not necessary that the culprit make any money from the scheme, or know the full scope or all the players. His or her participation and knowledge of the conspiracy are sufficient grounds to receive a conviction of guilt.

The evidence of the slightest involvement in a conspiracy is enough to prove the participation of such a person. This is why a skilled attorney is necessary to advise and represent you if you face charges.

Common criminal drug charges usually involve a single defendant – including individuals charged with delivery or possession of a controlled substance or even drug trafficking. In cases where there is more than one person involved in these other drug crimes, it is different. The co-defendants of drug conspiracy charges may be tried together.

In instances where there are multiple defendants, it is possible for one to turn against another, thereby complicating the case. It is even common for one defendant to accept a less-severe criminal conviction when he or she testifies against another in exchange. Furthermore, a convicted defendant may also be held responsible for the actions of his or her co-conspirators.

Plus, drug conspiracy cases require only low threshold evidence and no overt act. This is unlike other drug charges where the accused must have committed some deliberate action.

With this being said, there is a lot of variation between drug crimes cases when it comes to conspiracy drug charges. All of these potential scenarios contribute to the complexity of such cases in Missouri. It is therefore necessary to retain a lawyer for consultation, advice, and representation to avoid a felony conviction.

Call Now
Email Now
In an attempt to ensure appropriate punishments for the masterminds behind drug conspiracy cases, the Anti-Drug Abuse Act of 1986 implemented five- and ten-year mandatory sentences attached to drug trafficking. Virtually all convicts of a federal drug crime are also convicts of “drug trafficking,” and most of these lead to a mandatory prison sentence of five or ten years. So effectively, one can expect sentencing to include at least this baseline, though individual sentences may differ based on the case’s circumstances. 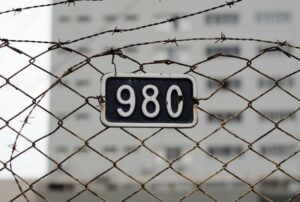 Of course, “kingpins” generally insulate and protect themselves. The unfortunate consequence of this is that the majority of those charged and convicted of this crime are actually only minor participants. Therefore, it is even more important for those facing conspiracy drug charges to contact an experienced attorney. Otherwise, they may receive a conviction equal to the entire crime.

Get help now. Drug Conspiracy lawyers are standing by.

As detailed on this page, unlawful criminal drug conspiracy does not require an overt act to have been orchestrated. An example of an overt act is when delivery of a controlled substance can be proven. Alternatively, if you commit a crime of drug conspiracy, it can be established just by proving the presence of a plan for an illegal act.

The plan is proof irrespective of whether the conduct has occurred. In cases where the conduct was exclusively committed by another defendant, all defendants are at risk of conviction. In a conspiracy, each defendant is considered 100% responsible for the acts of each defendant involved, as well as the complete crime itself. 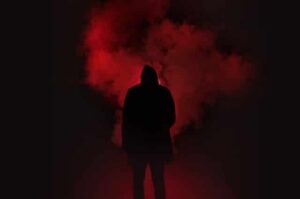 For this reason, it is crucial that you obtain advice and assistance from a trusted attorney.

You do not have to be a drug lord to be identified as a “drug trafficker.” According to federal drug conspiracy laws, anyone who buys pseudoephedrine for their local methamphetamine dealer serves as an intermediary for a series of small drug transactions. Even those who receive a package or transports a suitcase for the wrong person could be convicted as a “drug trafficker.”

The conspiracy laws hold that everyone involved in an individual drug crime is liable to serve the same obligatory minimum sentences. Even if you are convicted, a skilled attorney may be able to provide additional options. For example, some individuals convicted of drug charges may be able to reduce their sentences by participating in a Residential Drug Abuse Program (RDAP). Your lawyer will be able to provide additional information.