Missouri criminal law establishes the charges and sentencing guidelines for a variety of criminal offenses. Learn everything you need to know here.

Missouri Criminal Law: How Can Crimes Be Categorized? 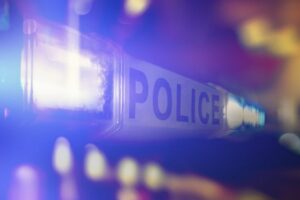 If someone commits an act that breaks the law, they may be arrested, charged for that offense, and face penalties.

Crimes can generally be divided into four categories:

However, each state decides for itself what conduct should be criminalized. The General Assembly is the Missouri legislature and it’s responsible for passing laws in this state.

While other offenses also require the help of a qualified attorney, that is especially the case with statutory crimes. Facing a federal criminal charge means an individual is up against the United States government who has practically unlimited resources they can use in the pursuit of a conviction.

If you have been a target of a federal investigation or face a similar legal issue, it is crucial that you retain a top federal criminal lawyer such as Thomas Carver of the Carver & Associates law firm. 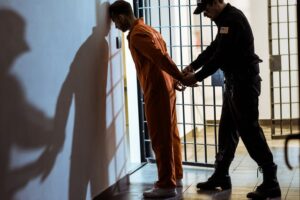 Under the Missouri Criminal Code, crimes in this state are classified as infractions, misdemeanors, and felonies. While infractions are punishable by fines, they don’t constitute criminal offenses, so they aren’t punishable by jail time. On the other hand, a misdemeanor can carry a jail-time penalty of up to one year and a fine of up to $1,000.

Felonies are considered the most serious types of crimes. Aside from seriousness, felonies are different from misdemeanors because they can carry a punishment of more than one year in prison and a fine of up to $5,000. In addition, the most severe crimes such as capital homicide may be penalized with the death penalty.

However, certain crimes can be charged either as misdemeanors or felonies, depending on the circumstances of the offense and other legal issues. They are called “wobbler” offenses. For example, identity theft is a wobbler offense, and the penalties an individual could face depend on the stolen money, services, or goods.

In addition, some offenses can be charged as felonies if they are committed several times within a certain period of time. For example, a third DWI offense (driving while being under the influence of alcohol) means facing felony charges, although a first DWI offense is considered a misdemeanor.

Who Charges Offenders For Violations of Missouri Criminal Law Statutes?

Under Missouri’s criminal code, there is a statute of limitations or a time limit for filing criminal charges or a civil complaint. The purpose of the time limit is to ensure the integrity of evidence, as well as to stop people from filing lawsuits indefinitely.

How Can A Missouri Criminal Defense Attorney Help With Criminal Law In Missouri? 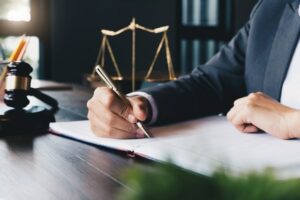 The more serious the crime someone committed is, the more likely an arrest will occur. Evidence and information about the crime that police officers have gathered are passed to the prosecutor’s office. The prosecutor is a lawyer who charges offenders in the name of the government.

After receiving evidence, the prosecutor will consider the Missouri law and decide whether to file charges and if probable cause exists. Charging an individual for a crime means the prosecutor thinks she or he has enough evidence to believe the charged individual has committed the crime. By charging them, the prosecution is asking the government to punish the person suspected of committing the crime.

After charges are filed, the judge will review the case, and issue an arrest warrant if there is enough evidence that proves the charged individual has committed the crime.

Being charged or arrested for a crime can be a terrifying experience. Having an experienced criminal lawyer in Springfield MO by your side is crucial because she or he can offer legal advice and help you protect your legal rights. Retaining an attorney who has experience with criminal cases can also make a difference between going behind bars and being released pending trial. 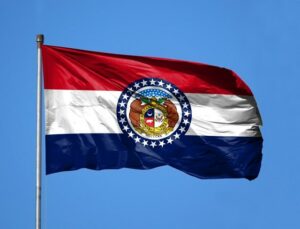 At an arraignment, the defendant is presented with the charges against them and this is the moment when they have to enter a plea. That means the judge will ask the defendant if she or he committed the offense they are charged with and they can admit guilt or plead not guilty.

In case an individual is charged with a felony offense, there will be a preliminary hearing. At that time, the prosecutor will present the evidence to the judge to prove the offense was actually committed and that the defendant committed it. If there is not sufficient evidence, the suspect will be released and the court will dismiss the case.

Cases can sometimes be reviewed by a grand jury, instead of the judge at a preliminary hearing. The grand jury consists of private citizens who will, also, have to determine if there is enough evidence the defendant committed the offense.

As with a preliminary hearing, the case will either move forward to trial or the defendant will be released.

Who Decides the Sentence Under Missouri Criminal Codes?

At the trial, both the prosecution and the defense will have the chance to present evidence, including various documents and witnesses to prove their case. Trials can be held before a judge or before a jury.

At jury trials, twelve private citizens will decide, after taking into consideration the presented evidence and witness testimonies, if the person accused of the offense is guilty or not. Although a jury recommends a sentence, a judge will sometimes have the final word.

If the defendant is found guilty, she or he can appeal the decision. Appeals are heard by the MO Court of Appeals, or the MO Supreme Court if a death penalty is imposed. The convicted person has the right to seek different post-conviction remedies, relief, or file motions. 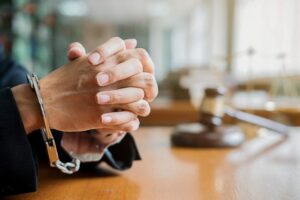 All MO academies use the Missouri Criminal Code Handbook for learning the objectives of the MO statutory law. The Handbook covers scenarios an individual can encounter on the job and is constantly updated with new relevant law changes to the best extent possible.

Among the new law changes in 2020 in MO is the SB 600 – Crime Bill which addresses violent crimes across the state by modifying criminal justice policies which can result in longer prison sentences.

Other new laws in MO in 2020 include the law that allows licensed motorcyclists to ride without a helmet, modifying procedures for tracking evidentiary collection kits, and modifying laws regarding child protection. A local legal professional can help you better understand how these laws may apply to your unique situation.