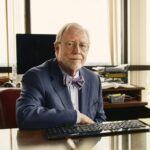 Missouri Drug Laws are constantly in flux, especially with so many recent changes around marijuana and medical marijuana. So, what do you need to know? Read the complete guide to Missouri Drug Laws from the attorneys at Carver & Associates.

OVER 45 YEARS OF PROVEN EXPERIENCE

FIVE-TIME LAWYER OF THE YEAR

A TRACK RECORD OF SUCCESSFUL OUTCOMES

The classification of the drug determines the seriousness of the penalties for the offenses.

According to Missouri Law 579.074 regarding unlawful possession of drug paraphernalia, a person commits the offense of unlawful possession of drug paraphernalia if he or she knowingly uses, or possesses with intent to use, drug paraphernalia to plant, propagate, cultivate, grow, harvest, manufacture, compound, convert, produce, process, prepare, test, analyze, pack, repack, store, contain, conceal, inject, ingest, inhale, or otherwise introduce into the human body, a controlled substance or an imitation controlled substance.

The offense of unlawful possession of drug paraphernalia is a class E felony in Missouri if the person uses, or possesses with intent to use, the paraphernalia in combination with each other to manufacture, compound, produce, prepare, test, or analyze amphetamine or methamphetamine or any of their analogs.

Missouri is known for having some of the toughest drug laws in the country. This is particularly true of all Missouri’s drug possession laws, which are stricter than those in many other states. No one, not even first-time offenders, should take drug possession offenses lightly.

The severity of the penalties which offenders face will vary depending on the type of regulated substance that they possess. Most drug possession offenses are classified as class D felonies. 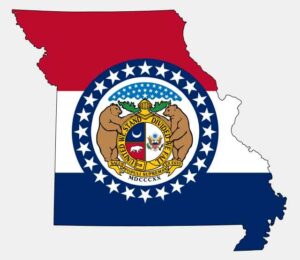 Missouri is one of a small number of states that has no law addressing drug testing in employment. It follows that drug testing isn’t prohibited or restricted, unless it violates other lawful provisions, including discrimination.

If you believe that your employer has discriminated against you to administer a drug test based on disability or certain demographics like race, age, or gender, a dedicated attorney like those at Carver, Cantin and Mynarich can help you seek the justice you deserve.

Under Missouri drug laws, drug trafficking is covered under Chapter 195, Drug Regulations, Section 195.222 of the Missouri Revised Statues. Below this section, drug trafficking is categorized as either a Class A felony crime or a Class B felony crime. The classification of the crime is dependent upon the quantity and if the individual was trying to sell, deliver, or buy the drugs.

Under Missouri drug laws, an individual commits the crime of drug conspiracy or drug trafficking in the first degree if he or she distributes, delivers, manufactures, produces, or attempts to deliver or distribute, or manufacture the following:

Further, an individual is guilty of committing drug trafficking in the second degree if he or she possesses or has under their control, or attempts to purchase the following:

Under Missouri drug laws, drug trafficking charges are non-parole offenses. Under §558.011, RSMo, the prison term for a Class A felony offense is 10 to 30 years or life. If an individual commits a Class B felony offense, the prison sentence ranges from 5 to 15 years.

Under Missouri drug laws, it is a class C felony to have in one’s possession a controlled dangerous substance (CDS) without a valid medical prescription. Penalties for this crime can include a fine of up to $5,000 in addition to either up to a year in jail or at least two (and up to seven) years in prison.

Possession of a Controlled Substance Missouri

All states regulate the illegal possession of CDS, though each one differs in its exact definition of CDS and the penalties for possession. Missouri drug laws don’t only classify well-known drugs like heroin and cocaine as CDS, but the compounds used to manufacture them as well. 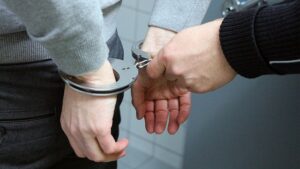 Missouri drug laws divide CDS into five “schedules.” Schedule I lists the most hazardous drugs, which have a high likelihood of abuse and dependence, and no acknowledged medical value. Schedules II, III, IV, and V have lower levels of dangerousness and likelihood of misuse in addition to an increase in recognized medical applications.

These classes are also used to determine the severity of the applicable fines and incarceration period for illegally have CDS in one’s possession. If you have been arrested for illegally possessing CDS, you should consult the Missouri Code that lists precisely which drugs fit into each category. Proceed to the statute (Mo.. Stat. Ann. § 195.017) and find the drug you’re charged with possessing– it’ll be listed under one of those five classes.

Under Missouri drug laws, illegally possessing CDS incurs both heavy penalties and extended periods of incarceration. A local attorney who practices controlled dangerous substance defense will examine the facts of your situation, explain your options, and inform you of the probable consequences.

In 2014, legislation was approved to rewrite Missouri’s criminal code so the possession of ten grams or less of cannabis is punishable by a fine only, though the offense remains categorized as a criminal misdemeanor. On January 1, 2017, these changes officially took effect. Under these new laws, the possession of greater quantities of cannabis remains punishable by jail time. 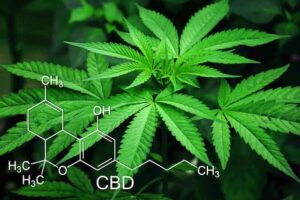 When searching for a medical marijuana card in Missouri, the MDHSS is the first place you should visit. There is an online application procedure, letting you submit your request through their website.

In 2014, legislation was approved to decriminalize the possession of 10 grams or less of cannabis, such that possession is punishable by a fine only. However, the offense remains a criminal misdemeanor.