Missouri Federal Court system is made up of four federal courts in the state, including the Eastern and Western District Courts and bankruptcy courts.
L

Under the United States court system, there are both federal courts and state courts. While state courts are established by the state or by a county or city within the state and most of the cases they see involve the laws of that state, federal courts are established by the US government to settle disputes that concern the US Constitution and laws passed by Congress. 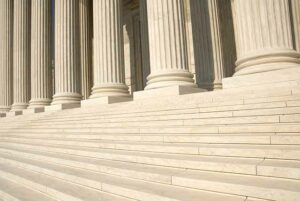 There are four federal courts. They are the:

Of course, each of these courts has its own location, jurisdiction, processes, and rules.

Although the federal courts fall under the U.S. federal court system, it is a common practice for United States district courts and courts of appeals to prescribe local rules governing procedure and practice. It is necessary that these rules are consistent with both Acts of Congress and the Federal Rules of Practice and Procedure, but they will vary based on the specificities of the local area. The authority of a court to prescribe local rules is governed in combination by statute and the Federal Rules of Practice and Procedure.

The local rules can be found here. They outline procedures regarding the commencement of actions, disclosure and discovery motions, trials, judgments, and special proceedings, among other rules.

The local rules can be found here. Included in this document is an outline of attorney discipline, among numerous other rules and procedures.

The rules of the Federal Court system can be complicated. They govern everything from how and when case documents must be filed to which attorneys may argue a case.

For the most part, the rules are written for attorneys and court staff. If you have a case in MO Federal Court, your attorney can explain any of the rules that are pertinent to you and your behavior in or out of the courtroom.

If you are looking for a qualified attorney to represent you, all of the attorneys at Carver & Associates are bar admitted to practice law in the US District Court Western District of Missouri and are trusted Springfield attorneys with an unrivaled 74 collective years of legal experience both in and out of the federal courts.

Get to know your legal options: speak with our experienced lawyers.

MO Federal Court – Location and What You Need To Know 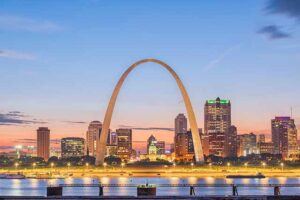 The state of Missouri Federal Grand Juries is a more relaxed affair than normal court proceedings, featuring only an Assistant US Attorney, a stenographer, and the witness subpoenaed to deliver testimony. After hearing all the evidence presented by the Assistant United States Attorney, the MO Federal Grand Jury will decide whether there is enough evidence to warrant a trial and if so, they will return an indictment.

Carver & Associates have extensive experience with the Federal Grand Jury system. As the top federal criminal defense attorneys in Springfield, MO, with over 500 criminal defense cases combined, our attorneys have dealt with Federal Grand Juries in this state hundreds of times and we are more than capable of navigating these proceedings to ensure that your rights are being respected in the process.

The Fifth Amendment to the US Constitution guarantees that no person can be charged for a crime in federal court unless indicted by a Grand Jury; thus, Missouri Federal Indictments can only come from a Grand Jury. Unfortunately, that bar is not too difficult to pass and once an indictment has been handed down, you will find yourself staring down some potentially serious penalties as federal crime sentences are often much harsher than state sentences.

If you are facing a MO Federal Indictment, you will end up having to go to trial against a top-class lawyer working under US Attorney Tom Larson, a decorated attorney with over 45 years of legal experience. That level of high-quality experience can only be matched by having the top criminal defense attorneys in Springfield, MO in your corner. It can only be matched by Carver & Associates.

State Court vs. Federal Court – Which Court Meets the Criteria

Although it’s possible your charge may be prosecuted in the Circuit Courts of MO, if it meets certain criteria, it will be prosecuted in federal court, especially when a lot of money is involved. The federal government has many more resources available to it in the prosecution of these kinds of cases and many times more than your average county prosecutor.

Federal courts are courts of the U.S. Each state has at least one. In the state of Missouri, there are two. Springfield is in the MOW.

United States Courts in this district also include:

The Eastern District is headquartered in St. Louis but there is also a federal courthouse in Cape Girardeau and it is in this district also. In the Western District of Missouri, the main federal court is in Kansas City but there are also courts in Springfield and Jefferson City.

Trusted Federal Court lawyers in the state of Missouri.

This court, as one of 94 United States district courts, operates from courthouses in cities St. Louis, Cape Girardeau, and Hannibal. Court decisions are appealed to the Eighth Circuit Court of Appeals in St. Louis at the Thomas F. Eagleton Federal Courthouse.

This court has original jurisdiction over any case, either civil or criminal falling under federal law, that is filed within its jurisdiction. This means that the court has the power to hear and make decisions on a case prior to any appellate review.

Trusted lawyers in the state of Missouri.

The United States District Court for the Western District of Missouri is divided into five locations: Kansas City, Jefferson City, Springfield, Joplin, and St. Joseph. Decisions of this court are appealed to the Eighth Circuit Court of Appeals in St. Louis at the Thomas F. Eagleton Courthouse. Each of the attorneys at Carver & Associates possesses bar admission to this court. 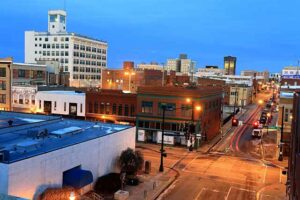 All information about this court can be found online here. On this website, you can find:

Information on previous cases can be accessed using a full-text opinions search feature called CourtWEB. Cases can be searched in any of the following ways:

This court is the state of Missouri’s largest intermediate appellate court. Located in its own courthouse in downtown Kansas City, it is composed of 11 judges and has jurisdiction covering 45 counties. This also includes Jefferson City.

If you are appealing your case, the attorneys at Carver & Associates have extensive appellate experience including applications to the United States Supreme Court and appeals to United States Eighth and Tenth Circuit Courts of Appeals, Missouri Supreme Court, and the Southern, Western, and Eastern Districts of the Missouri Court of Appeals.

All information about MOED can be found online here. This website is part of the US Courts system under uscourts.gov. 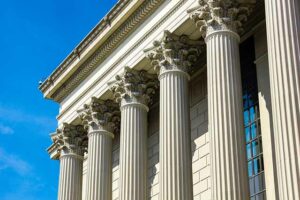 On the MOED online resources website, you can find:

Court electronic records from this MO district can be accessed using Public Access to Court Electronic Records, also known as PACER, a national index for district, bankruptcy, and appellate courts. PACER is provided by the Federal Judiciary in accordance with its commitment to providing the public with access to information through a unified service.

Electronic Case Filing (ECF) system is a comprehensive case management system from the Federal Judiciary for bankruptcy, district, and appellate courts, including the MOED. ECF allows courts to accept filings and provide access to filed documents over the Internet. The local ECF help desk can be contacted at (314) 244-7650 or [email protected].

If you are unable to find what you are looking for through these online resources, don’t hesitate to contact a trusted Springfield, MO attorney like those at Carver & Associates with any questions you may have.

Get help now. MO lawyers are standing by.

The bankruptcy court is a type of courtroom that was created by the federal government to settle personal and corporate bankruptcy cases. Unlike most criminal, civil, and family law cases, which can usually be heard in state courts, bankruptcy must always be filed in a federal court since the United States bankruptcy laws are part of federal law rather than state law. 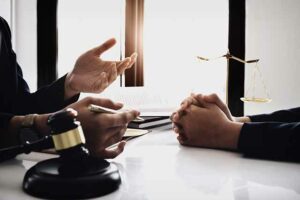 A bankruptcy case must be filed and heard within the judicial district that is the filer’s primary residence or business location. Each of the federal judicial districts in the United States, including the Eastern and Western Districts of Missouri, has a bankruptcy court.

The bankruptcy court in the Eastern District of Missouri is located at the Thomas F. Eagleton U.S. Courthouse located at 111 South 10th St., 4th Floor in St. Louis, MO.

The bankruptcy court in the Western District of Missouri is located at 400 E. 9th Street, Room 1510 in Kansas City, MO.

If you are in the process of filing for bankruptcy with either MO district Bankruptcy Courts your best course of action is to consult an attorney who has extensive experience with the Federal Court. Although individuals are not required to have a lawyer to file for bankruptcy, given how complex the procedures surrounding bankruptcy filings can be, it is always a wise choice to hire a bankruptcy lawyer who can protect your rights and ensure the best possible outcome.

Whether you’re looking for a tax attorney Springfield MO or a criminal lawyer Springfield MO, the attorneys at Carver & Associates are here to help. Federal court cases are serious matters, which is why you need serious representation through every step of the process. If you are facing a legal matter that is being seen by the MO Federal Court, don’t hesitate to contact Carver & Associates today.

Don’t delay. Get the help from a MO Federal Court lawyer today.