Too Much: Jeff Sessions Re-ignites the War on Drugs

A Big Step Back for Opponents of Mandatory Minimum Sentences

A few of the formerly discretionary actions that government prosecutors employed will now likely be obligatory under Sessions’ manifesto and could include a variety of sentencing enhancements.

It also seems probable under the new regime that prosecutors will be filing Title 18, Section 851 motions that double mandatory minimum sentences in cases where a defendant has a prior drug related felony conviction.

Drug offenders who possess or use firearms can expect to be charged under Title 18, United States Code, Section 924(c), which provides for a consecutive mandatory 5-year minimum sentence to the underlying drug offense for the first offense and 25 years for a second. Sessions will also no doubt consider expanding the definition of possession to include any firearm that is present at the site of a drug arrest regardless of its intended purpose such as hunting or target shooting. This kind of mission creep will produce an unforgiving and pointless severity to the sentencing process. 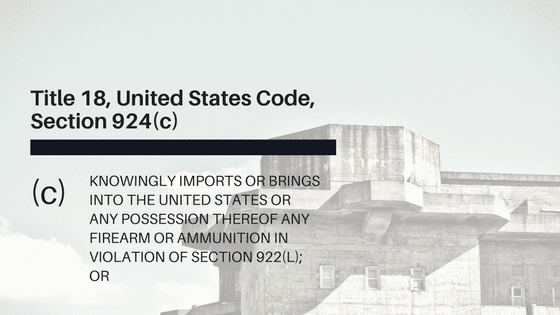 Marijuana cases also seem poised for more vigorous prosecution. Even though 61% of Americans believe in full legalization of marijuana and somewhere between 88% to 94% think people ought to be able to get it if a doctor prescribes it, Sessions is on record saying he rejects the idea that America will be a better place if marijuana is legal. A more aggressive approach to marijuana will probably center on seeking mandatory minimums. Possession of more than 100 plants, regardless of weight, can result in a 5-year mandatory minimum. 1000 plants will generate a 10-year mandatory minimum sentence. Under federal law marijuana is still a schedule 1 drug and the Attorney General has given no indication that he will relax enforcement of federal drug laws in states where production and consumption of marijuana is legal.

Federal prosecutors frequently defer to state prosecutors in marijuana cases but there is every reason to believe this may change under Sessions’ aggressive approach.

New strategies for dealing with federal drug prosecutions are called for.

If lawyers aren’t already trying to become involved in their client’s cases before indictment, the new approach by government prosecutors should require involvement by defense counsel at the earliest possible time. It is much easier to have meaningful input on charging decisions before an indictment is handed down. If your client wishes to cooperate, his or her early assistance can be especially valuable. Cooperation, long anathema to defendants in drug cases, is regrettably a fact of life under the sentencing guidelines that cannot be ignored. With cooperation, a contemplated gun count might disappear if the prosecutor realizes the client will provide valuable evidence against others or the government might elect to forego filing a section 851 motion that doubles the mandatory minimums.

Even if your client isn’t cooperating, early contact with the prosecutor provides the opportunity to humanize your client to the government. Prosecutors in the early stages of cases oftentimes seem highly motivated to seek harsh punishment. If you can convince the government that your client has positive traits or is less culpable than others, it might pay off in terms of lesser charges when indictments are handed down.

The bottom line is that it is much easier to establish a dialogue with prosecutors before indictment when they have more discretion regarding the charges they intend to seek. It is much more difficult, if not impossible, to get them to walk back a 924(c) gun count or section 851 motion to double up on mandatory minimums after an indictment comes down.

Some United States Attorneys have begun to insist that defendants go into custody at the time of entry of a guilty plea. In most cases this means a defendant will spend at least a couple of months in a county jail or detention facility awaiting completion of a presentence investigation report. This makes no sense if the defendant is cooperating with the government because the quid pro quo of cooperation anticipates that the government will extend the courtesy of not moving for detention as long as both sides observe the essentials of the bargain. Again, even if a defendant/client isn’t cooperating, presentencing detention is in many situations an abusive exercise of authority if a defendant is otherwise compliant with the terms of pretrial release.

One avenue to explore when confronted with the potential of incarceration at the time of a guilty plea is to consider asking for a “pre-plea” presentence investigation report. Most probation officers consider this request to be out of the ordinary and you can expect resistance but such a request is not unknown and is recognized in the probation office playbook. Failing probation office consent to a “pre-plea” presentence investigation report, judges will frequently order one as it avoids prejudice to the defendant and does no harm to the government. Being taken into custody at the time of a guilty plea is usually at the behest of the government and judges are more likely to recognize the impracticality, not to mention cost of unnecessary detention. If successful, a defendant can delay his or her entry into custody until after the presentence investigation is complete. Translated that means a defendant will avoid a long period of incarceration before sentencing.

When it comes to prosecuting criminal cases, the government almost always has a significant advantage over defendants. Some say that defending federal criminal cases is like working at a hospice where you preside over the dead and dying. Nevertheless, for those who defend these cases it is incumbent on them to employ whatever is at their disposal to minimize or eliminate the threat of incarceration.

In recent years under the Obama administration and with the support of many groups both conservative and liberal, attempts were made to reform the nation’s drug laws, reduce mass incarceration and eliminate mandatory minimum drug sentences. Attorney General Jeff Sessions’ get tough on drugs policy is a step back in time to the draconian sentencing habits of the past. His efforts to bring his distinctly Alabama outlook to federal drug enforcement spells big trouble for a significant number of Americans, especially for the poor and people of color.

Failure of the War on Drugs

I have observed and represented clients subject to federal drug prosecutions since before the adoption of the United States Sentencing Guidelines in 1987. In the beginning, the imposition of formulaic sentences called for under the guidelines were mandatory. There was no attempt to individualize sentencing and it resulted in the swelling of prison populations with very little to show for it. The guidelines in concert with mandatory minimums institutionalized sentencing practices that took into account uncharged conduct and other sentencing enhancements not previously part of sentencing calculations. In reality, the sentencing guidelines were often used to maximize sentences for low to medium range offenders.

Lawyers, judges and others saw close up that justice was not being served by computerized one-size-fits-all sentencing and over time judges have individualized sentences with recognition of the needs of communities rather than imposing routinely harsh, retributive punishment. This development vastly improved the ability of federal judges to individualize sentences in a way that gave more recognition to the public health aspects of drug offenders and less to the retributive nature of punishment. Appellate courts have returned to deferring to district court judgments as the best sentencing practice, understanding that district court judges are in the best position to make judgments about those who appear before them.

A Return to Failed Drug Policies of the Past

Now General Sessions wishes to turn back the clock without reason. He publicly declared that federal prosecutors must seek the harshest punishment possible and cannot deviate from that practice unless they obtain the written permission of a supervisor. This is wrong. Mass incarceration is a morally and intellectually bankrupt approach to drug law enforcement, not to mention the huge cost that will accrue to the public.

If it worked as originally envisioned, the adoption of draconian drug sentencing practices in 1987 would surely have eliminated or sharply curtailed drug trafficking in the United States by now. Instead, we have an epidemic of opioid addiction today, including an unprecedented resurgence of heroin usage, and we continue to deal with the scourge of methamphetamine and before that cocaine. What drives this type of thinking is revenge and retribution and it is rarely if ever relevant to the underlying causes of substance abuse.

While there is abundant evidence to show that the threat of incarceration may act as a deterrent to the commission of crimes, there’s very little proof that an additional component of long sentences adds to deterrence. This acknowledgement led to the bi-partisan support of criminal justice reform under the Obama Administration and AG Holder. Additionally, based on a 10 year study, the Department of Justice concluded there were substantial benefits associated with alternative sentencing instruments like drug courts, touting their ability to lower recidivism and cost.

No one can seriously argue that the war on drugs has been a success. It has been a great jobs program for everyone from private prison companies and deputy sheriffs to FBI agents but has come with budget busting expense for the government and, ultimately, has raised the tax burden on citizens.

Guilty pleas conclude 97% of all federal criminal cases. One can easily see that the sentencing guidelines have essentially eliminated the principal guarantee enshrined in our constitution of trial by a jury of one’s peers. The punitive structure of the guidelines and mandatory minimum sentences force defendants to opt out of making the government prove its case because of the great disadvantage it creates in sentencing if a jury returns a guilty verdict. Under the Sessions’ rule, the grim calculus facing defendants in criminal cases will only increase.

Costs of the War on Drugs

Donald Trump’s ideas about federal sentencings as illuminated by Jeff Sessions will warehouse large prison populations at exorbitant cost to taxpayers and great harm to inmates who can see little or no hope of redeeming their lives. Regardless of the length of sentences being imposed, people in prison will continue to be released and any idea that we can solve criminal conduct by keeping them in prison longer is just false. Neither Donald Trump nor Jeff Sessions can incarcerate their way out of drug use in America.

The answer to America’s drug problem isn’t in our prisons. It is lodged much deeper in the American psyche and won’t improve until it is viewed as a public health problem that has very little to do with the spirit of revenge and retribution that is the hallmark of Sessions’ approach to drug policy.